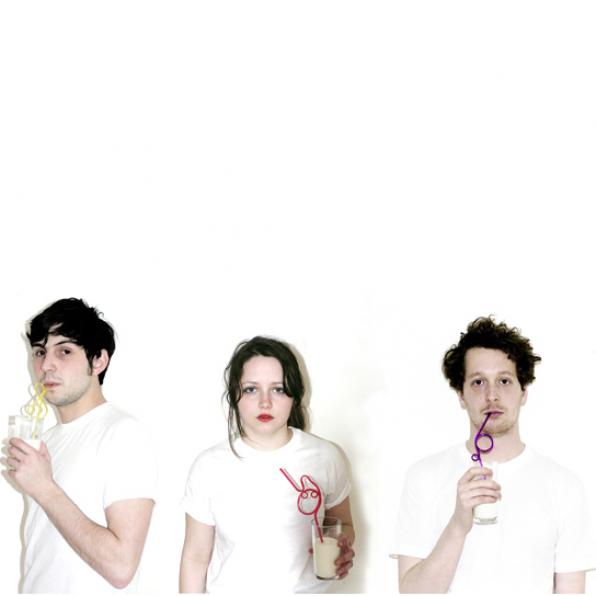 Le Tetsuo met at art school in Norwich, when it was fashionable to wear plastic grapes around your neck and drink lager through a straw. These things may or may not still be in fashion, but since then this delightful noise-pop riot-boy/grrrl three-piece have gone on to win the largest music competition in the Eastern region, share sell out stages with the likes of Prinzhorn Dance School, Screaming Tea Party, Kaito, PRE and Bearsuit, stun festival audiences in Holland, not to mention the skinny be-jeaned hipsters at last year’s Tales of the Jackalope and all the while enjoying a national radio seal of approval from DJs John Peel, Steve Lamacq, Rob Da Bank and those good people at XFM and Resonance FM. A move to London saw the band grab the attention of countless gig goers, dancing shoes first. All that sweat, applause and yelping has guided them safely into the hands of Parlour Records.

Le Tetsuo have long since proved their worth on London’s gig circuit building up a reputation as a ferocious live band. They aren’t about posture, gesture, or whatever it is about ‘now-ness’ that immediately exposes itself as temporary and facile. They are about something horrid living in an amplifier, about stomach-knots, sticky beer and a really heavy object falling from somewhere very high.

No surprise then, that their latest single Sometimes I’m Walking Around I feel like I’m Going to Open Up and Crack builds on the purposeful racket making and nervous energy of their debut Parlour release Your Elbow which became a cult hit in pockets all across Europe.

In their new single, Le Tetsuo (Charly, Jack and Sam) are offering the kind of skidding, grinding guitar work and soupy dance-inducing basslines responsible for countless pulled muscles on London’s finest dance floors. As of November 2009 they’re asking you politely to shake your cake next to them.