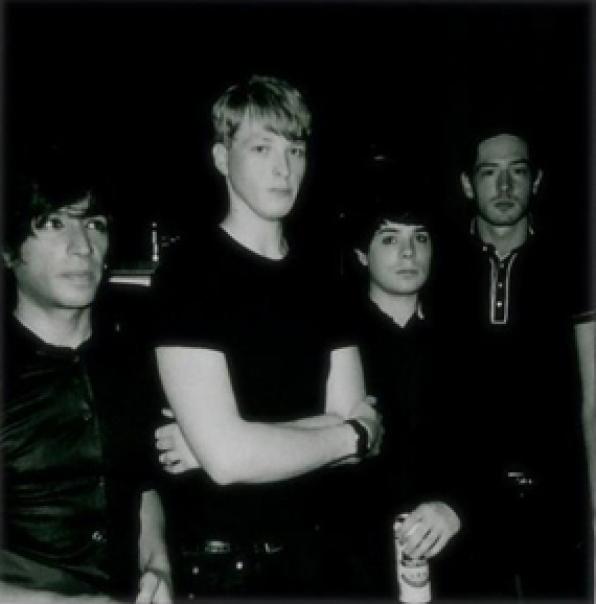 Born out of the dark thoughts of a world that could have been...

PROJECT:KOMAKINO began as the solo music project of Kris Kane in March 2007.

PROJECT:KOMAKINO was unveiled at the now legendary Experimental Circle Club in April 2007 and was received with high acclaim. Kris went on to play a number of gigs with the like-minded up and coming of the time, such as Ipso Facto, Electricity In Our Homes and Ulterior. After a year of angst and frustrated yet enigmatic performances, the one man band evolved into a four piece, with the addition of Oscar Maya on drums, Jamie McQuade on bass and Andrew Hiles on synthesizers.

The band has been referred to as a group of shadows, clad in uniforms of espionage and driven by the duende. With songs about dystopian futures and darker times, the music is disturbing and makes the skin twitch when watching their live performances. The music is heavily influenced by 70’s British Post Punk, Constructive Design and Dystopian literature. This in turn has created a dark reverberated sound, accompanied by relentless drumbeats, haunting vocals and intangible lyrics.

PROJECT:KOMAKINO released their debut LP The Struggle For Utopia through Parlour Records on DESIRE (France) and 51 Records (Japan)

The Struggle For Utopia explores themes of agoraphobia, anguish, anxiety and anger. From the paranoid swirling soundscape of KV-1, to the relentless synthesized percussion of Temple, the album envisions a world in turmoil.

Listen to the album now and join in :THE:STRUGGLE:FOR:UTOPIA: